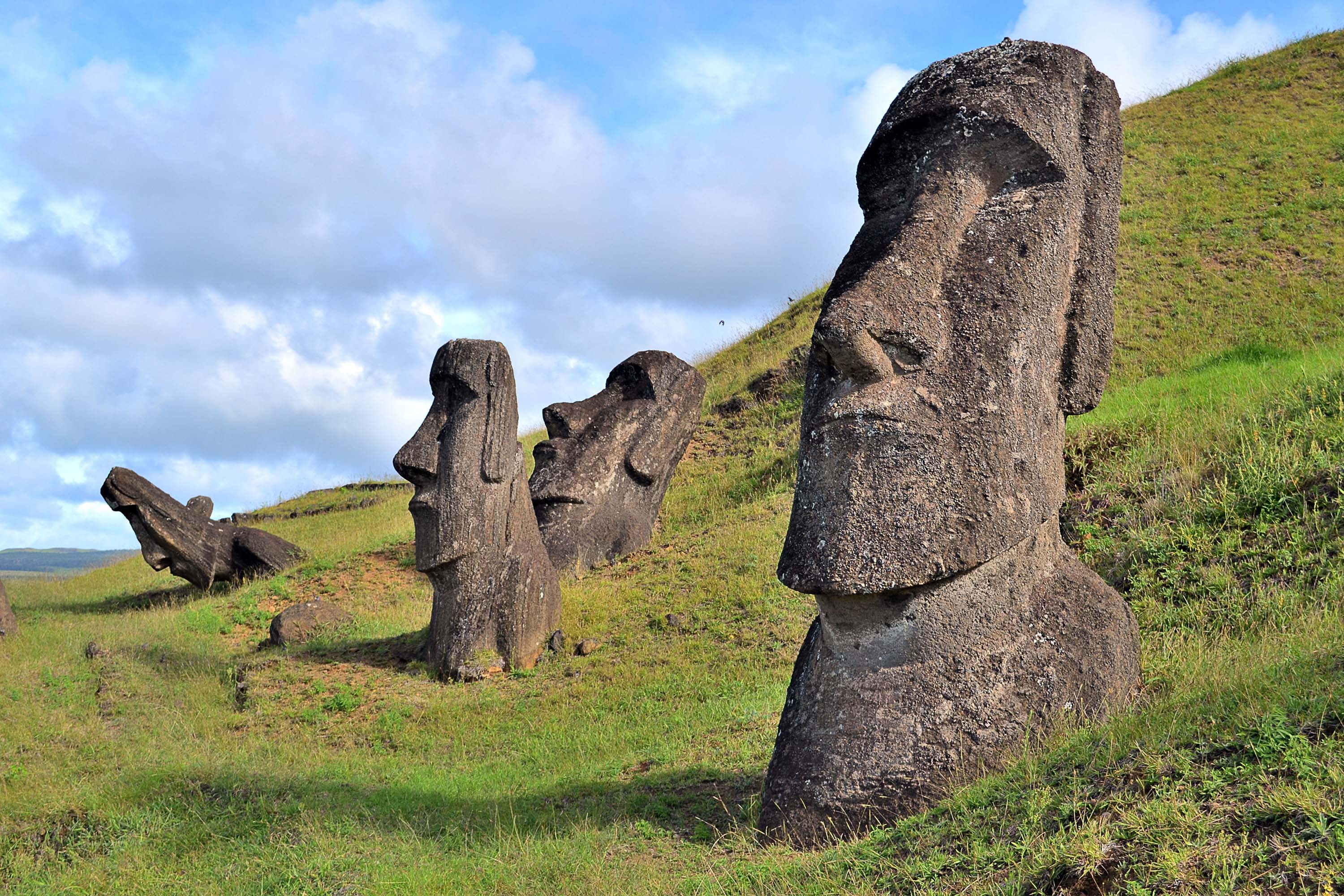 This is Part 6 in our series of posts on types of treatments that might extend healthy lifespan.

Rapalogs are drugs that work similarly to rapamycin, the most reliably life-extending drug. Rapamycin was discovered in 1972 in a bacterium called _Streptomyces hygroscopicus _on the island of Rapa Nui (aka Easter Island). It was initially developed as an antifungal, but later it was found that it inhibits the mTOR pathway, which regulates cell growth, cell proliferation, and cell survival. Recently, other drugs have been found which also inhibit mTOR.

Rapamycin is an immunosuppressant used to prevent organ transplant rejection; it has serious side effects in humans, including infections and low platelet counts, so it’s unlikely to be usable as an anti-aging preventative, though there are some studies suggesting that low-dose rapamycin may be safe.

A few rapalogs have been found to have anti-aging effects in animals, but none have been shown to increase mouse lifespan so far.

Rapamycin consistently extends life in mice, largely by delaying tumor formation, but it also has other anti-aging properties, such as reduced liver disease, higher red blood cell counts, and increased cognitive performance. In high doses or some strains of cancer-prone mice, rapamycin can extend life by 30% or so; at lower doses it extends life by around 10-20%.

Female cancer-prone (HER2/neu) mice fed with rapamycin (1.5 mg/kg, 3x/week, 2 weeks on, 2 weeks off) had body weight that grew slower with age (weighing a mean of 30 g instead of 40 g at 460 days), and had 13.6% longer median lifespan and 12.4% longer maximum lifespan. Mean lifespan was only 4.1% longer; while rapamycin-treated mice are more likely to become very old, they’re also more likely to die young. Rapamycin-treated mice were less likely to have tumors (76.7% vs. 100%), and had fewer, later-appearing, and smaller tumors.[2]

Rapatar, a nanoformulation consisting of micelles containing rapamycin, at 0.5 mg/kg, 5 days on, 9 days off, extended lifespan by 30% in p53 -/- mice by delaying tumor formation. 82% of control mice compared to 12% of Rapatar-treated mice developed lymphomas.[5]

Rapamycin, at 14 mg/kg food, in a genetically heterogeneous population of mice starting at 9 months showed an increase in median lifespan of 10% for males & 18% for females. Rapamycin-treated mice died of the same diseases as control mice (mostly cancers), just later. Resveratrol and simvastatin, other putative life-extending drugs, didn’t increase lifespan.[6]

In Rb+/- mice, a mouse model of neuroendocrine cancer, rapamycin at 14 mg/kg food starting at 9 weeks extended mean lifespan by 9% in females and 14% in males. Rapamycin delayed tumor development and slowed tumor growth. Caloric restriction does _not _increase lifespan in this mouse strain.[7]

Inbred female mice fed on rapamycin intermittently (3x/wk, 2 weeks on, 2 weeks off) at 1.5 mg/kg for 2 years ate less and gained less weight in old age, and had 10.1% increased median lifespan. Rapamycin-treated mice were significantly less likely to get tumors; at 900 days age, 78% of control mice and 18% of rapamycin-treated mice had tumors[9]

Rapamycin given for a year (in inbred male mice, in chow at 14 mg/kg food) starting at 4 months reduced incidence of cancers, but not at 13 months or 22 months. Rapamycin had mixed effects on aging; doesn’t improve strength, cardiovascular parameters, or vision, but _did _improve cognitive performance, delay onset of cancer, and increase rbc counts. Rapamycin had side effects: significant nephrotoxicity and gonadotoxicity, worse glucose tolerance, higher cholesterol. [10]

Male & female mice fed rapamycin at doses of 4.7, 14, or 42 ppm from age 9 months to euthanasia at 22 months had no fatty liver degeneration, and fewer abnormal cardiac myocytes, but increased cataract severity and testicular degeneration.[11]

The side effects of rapamycin seen in mice (impaired testicular size and function, kidney impairment, worse glucose tolerance, higher cholesterol, and increased cataract severity) were generally observed in mice given continuous, but not intermittent, rapamycin treatment.

In other words, intermittent administration or other rapalogs may have fewer side effects than continuously-administered rapamycin, particularly when it comes to insulin sensitivity, while having equal effects on longevity; but note that even intermittent rapamycin shrinks the testes.

The Dog Aging Project at the University of Washington proposes to test various anti-aging interventions on pet dogs.[13]

According to their website, the Phase I trial of rapamycin in dogs found no significant side effects, and will be submitted for publication soon. They are currently seeking donations as well as pet dog subjects.

Dogs treated for 10 weeks with rapamycin at either 0.05 or 0.1 mg/kg three times a week showed no difference in body weight, blood counts, lipids, or blood glucose. There were no differences in the incidence of reported side effects. [14]

Dogs treated with rapamycin at 1 mg/kg/day for 14 months, as a treatment for glycogen storage disease III, had normal blood tests for glucose, triglycerides, cholesterol, bilirubin, albumin, urea nitrogen, and creatinine. Rapamycin was also effective against the glycogen accumulation and liver damage that characterizes the disease.[15]

Marmosets fed rapamycin in yogurt at 1 mg/kg daily for 14 months had no mouth ulcers, anemia, or change in lung morphology. No significant difference in red blood cell counts. One treated subject had sores, which recovered after treatment with topical antibiotic.[16]

In short, healthy animals given rapamycin do not suffer from the symptoms seen in mice given rapamycin, though these larger animals are given somewhat lower doses than the ones that extend life in mice.

Healthy men given a single dose of rapamycin of roughly 16 mg/kg had no significant difference in the incidence of adverse effects between treatment and placebo.[18]

Healthy elderly volunteers given everolimus (a rapalog) at 0.5 mg daily, 5 mg weekly, or 20 mg weekly, for six weeks, had no serious adverse effects associated with the drug. The most common everolimus-associated side effect was mouth ulcers. The treated groups had higher antibody titers in response to flu vaccines compared to controls, implying better immune function. Note that this is a much lower dose than the doses given in mouse studies of rapamycin.[19]

INK128 is a mTORC1/2 inhibitor; it delays menopause in mice (by a mean of 63 days) and doubles the total number of litters and pups in a lifespan.[20]

AZD8055 is an mTORC1/2 inhibitor; it reverses phenotypes of senescence in vitro(such as larger cells, senescence-associated beta-galactosidase, and altered cytoskeletons).[21][22]

As of this writing, I could find no evidence of rapalogs increasing longevity in mammals.

Rapamycin Holdings developed an encapsulated form of rapamycin, which they’re investigating for cancer prevention. They’re currently raising Series B, as of August 2017.

Navitor Pharmaceuticals is developing mTORC1 inhibitors; they raised a 33M Series B round in 2015.

Richard Miller at the University of Michigan

Vladimir Anisimov at the N.N. Petrov Institute in St. Petersburg

Rapalogs for aging are in a worse position than senolytics; while neither drug class has shown increases in mouse longevity yet, rapalogs haven’t shown strong evidence of anti-aging properties in mice yet either, while senolytics have.

However, rapamycin itself is the single strongest drug candidate for life extension, and there’s reason to believe that there are safe treatment protocols for it. Optimizing treatment protocols takes tighter feedback loops than just discovering new drugs, though, and this may be difficult.

[16]Tardif, Suzette, et al. “Testing efficacy of administration of the antiaging drug rapamycin in a nonhuman primate, the common marmoset.” Journals of Gerontology Series A: Biomedical Sciences and Medical Sciences 70.5 (2014): 577-588.