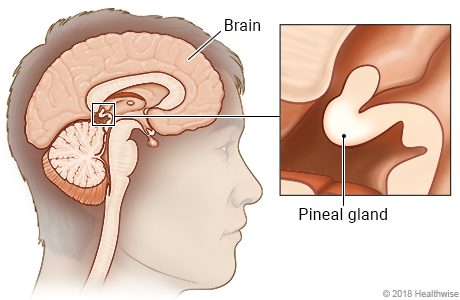 This is Part 1 in our series of posts on types of treatments that might extend healthy lifespan.

Melatonin is the “sleep hormone” which regulates the circadian rhythm; it is the main product of the pineal gland in the brain. It is safe and available as an over-the-counter supplement. There’s a fair amount of animal evidence that melatonin supplements can extend life.

Epithalamin is a peptide (a short chain of amino acids) produced by the pineal gland. There’s evidence that epithalamin extends animal, and perhaps even human, life – but it’s mostly from two Russian researchers and hasn’t been confirmed in the West.

Male, but not female, C3H mice given 2.5 mg/kg/day melatonin at night starting at 4 months of age lived 20% longer than control mice.[4]

Female CBA mice given melatonin 5 days a week in water at 20 mg/L had a mean lifespan 5.4% longer than controls, but had more tumors than controls.[5]

Female SHR mice starting at 3 months on 2 mg/L or 20 mg/L melatonin did not increase mean lifespan, though the high dose did increase maximum lifespan by 11%. Mice treated with low-dose melatonin had fewer tumors than controls.[6]

Female SAMP8 mice (which have accelerated senescence) lived 10% longer with lifelong administration of melatonin in water at 10 mg/kg.[9]

Epithalamin has been found to extend lifespan in various strains of mice and rats.

The pineal peptide preparation, epithalamin, gave outbred rats a median lifespan of 24% longer than controls, 32% in C3H/Sn mice, and 14% in SHR mice.[1]

Outbred aged female rats given 0.5 mg epithalamin a day had a median lifespan 6.2% longer than controls, and were significantly less likely to have estrous disturbances or tumors at the time of death.[10]

Female SHR mice starting at 3 months on epithalamin didn’t have longer mean lifespan than control, but did have 12.3% greater max lifespan.[11]

Female C3H/Sn mice given epithalamin at 0.5 mg/day lived 31% longer than controls and had half as many tumors.[14]

There were two human studies, both from the same researchers who did the animal studies, that found that epithalamin reduced mortality and the incidence and severity of heart disease.

94 women aged 66-94 from the War Veterans Home in St. Petersburg were randomized to control, thymus extract (thymalin), pineal extract (epithalamin), or both. In 6 years, 81.8% of the control patients died, compared to 41.7% of the thymalin patients, 45.8% of the epithalamin patients (both applied for 2 years) and 20.0% of the patients given epithalamin and thymalin for 6 years. The effect on mortality was significant at p<0.001. Epithalamin also significantly reduced the rate of ischemic heart disease, and returned NK, TSH, cortisol, and insulin levels to healthy levels (at baseline, these elderly women had low NK counts and high TSH, cortisol, and insulin levels.)[12]

Seventy elderly patients with heart disease were randomized to 50 mg injections of epithalamin every 6 months vs. placebo. Clinical symptoms of heart disease were significantly (p < 0.05) more likely to worsen in the placebo group compared to the control group in 3 years; exercise tolerance increased 21%; by the end of the 3-year period, 22% of treated patients had died, compared to 44% of control patients (p < 0.05).[15]

Pinealectomized rats have shorter lifespans, which would make sense if the pineal gland were producing a longevity-promoting substance.[1]

The farther the free-running circadian period is from 24 hours (in various rodent and primate species), the shorter the lifespan. So the desynchronization of circadian rhythms that coincides with less melatonin production as we age may shorten lifespan.[7]

Fetal transplants of the supraschiasmatal nucleus (the part of the brain that controls circadian rhythms) made aged hamsters live twice as long after surgery, or roughly a 10% increase in lifespan. This points towards renormalizing youthful circadian rhythms as being a feasible longevity intervention.[8]

Vladimir Anisimov, of the N.N. Petrov Research Institute of Oncology in St. Petersburg, did most of the research on melatonin and epithalamin.

Melatonin as a life extension drug was popularized in the 90’s by Walter Pierpaoli, whose studies were later found to have poor methodology and whose self-promotion tactics are rather shady; this may have caused the drug to fall out of favor.

Melatonin/epithalamin is big news if true: large life extension effects in very safe drugs. It also has a credible evolutionary rationale for why it should work (see my take here). However, most of the research on melatonin and longevity comes from a handful of Russian labs, and needs to be replicated elsewhere.