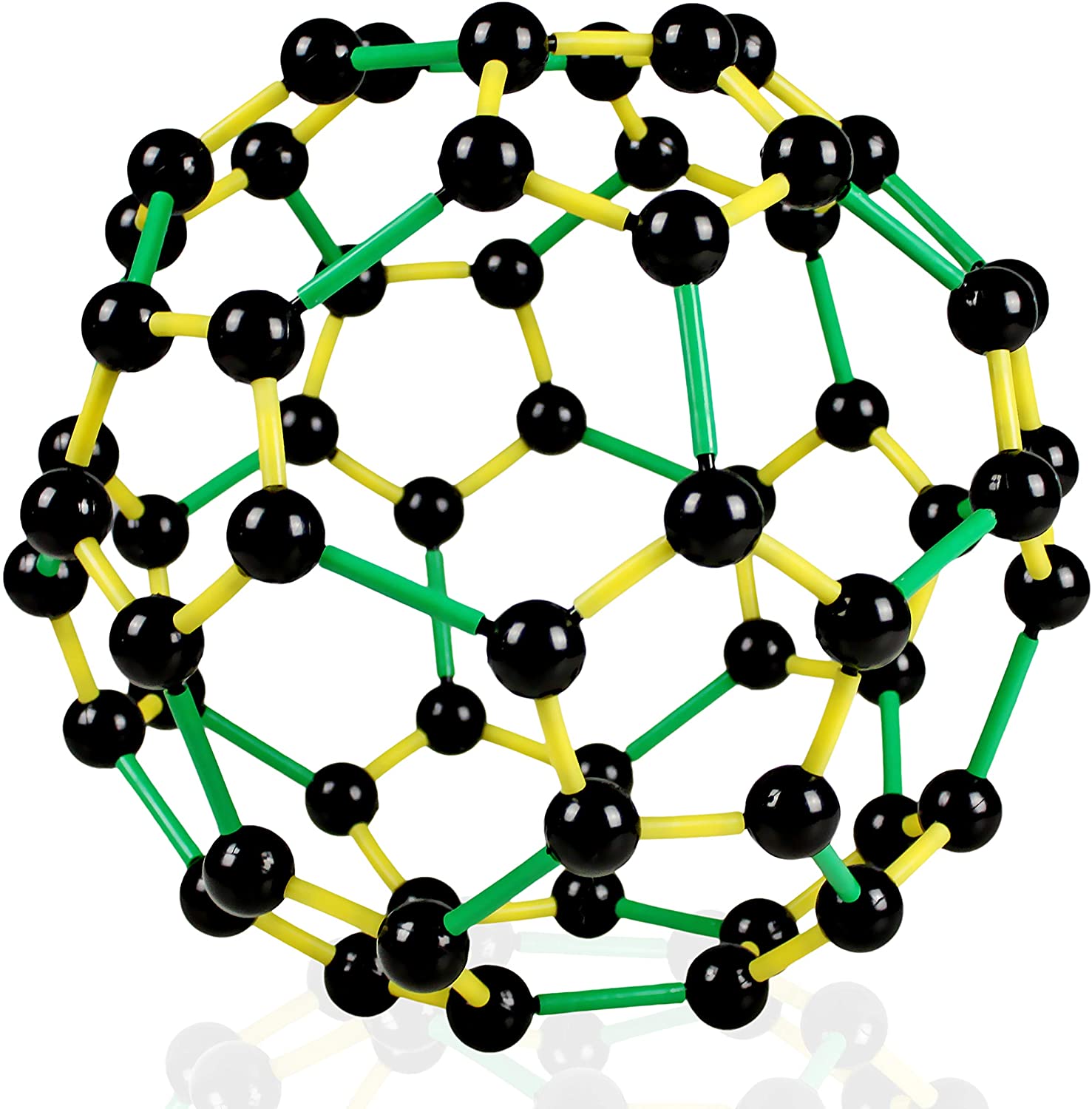 This is Part 2 in our series of posts on types of treatments that might extend healthy lifespan.

Buckminsterfullerene is the chemical compound C60, composed of 60 carbon atoms structured as a truncated icosahedron. Fullerenes and their derivatives (with hydroxyl or carboxyl groups attached) are strong antioxidants and may have life-extending or neuroprotective properties.

In a 2012 French study, researchers looking for the toxicity of [60]-fullerene (carbon buckyballs) in rats instead found that an olive oil emulsion of buckyballs increased lifespan by 90%.

This is the largest life-extension effect on rats from a chemical compound seen to date, and it comes from a chemical that’s very little studied in life extension. There’s only one study of [60]-fullerene on lifespan. Until it replicates, it might well be a fluke.

Laura Dugan’s lab at Vanderbilt University has been researching fullerenes rendered polar with the addition of carboxyl groups, and found that they have neuroprotective and lifespan-extending effects in mammals.

Mice treated with the carboxyfullerene C3 at 10 mg/kg daily lived 11% longer than control mice, they found, and also improved the performance of old mice on the Morris water maze (a test of cognition.)[2]

C3 has neuroprotective effects. It blocks the death of neurons in response to the neurotransmitter NMDA, the so-called “excitotoxic” response that causes brain damage as a result of inflammation or trauma.[3]

Macaque monkeys given MPTP poisoning (a model of Parkinson’s disease) treated for two months with either C3 or placebo developed motor symptoms only in the placebo group; the treated group had much lower (p = 0.007) Parkinsonian symptoms than the placebo group, as well as more striatal dopamine.[4]

C3 is a superoxide dismutase mimetic – that is, it eliminates the free radical superoxide ( O_2-), and thus protects cells from damage. Fullerenes in general are more effective at protecting neurons from NMDA excitotoxicity the more strongly they react with superoxide.[5] This is a plausible mechanism for how carboxyfullerenes might extend healthy lifespan – they delay the onset of neurodegenerative diseases by reducing the damage to neurons from free radicals.

It would be extremely valuable to independently confirm the C60 result. It would also be useful to expand on the C3 results – to do dose-response studies, test different treatment protocols, and test other measures of neurocognitive aging in mice.