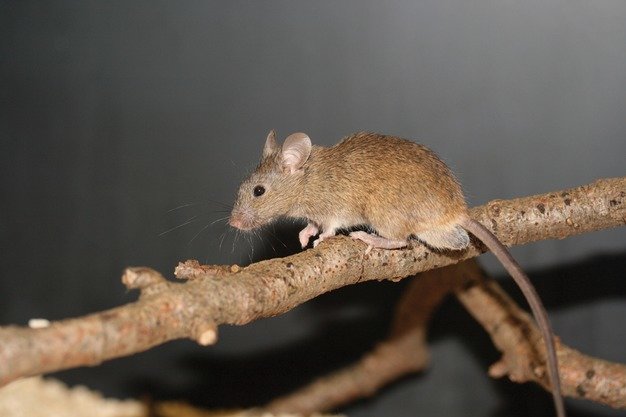 LRI conducts experiments on animals; currently, in particular, mice. We believe that this is worthwhile – that is, we believe that whether a drug makes mice live longer tells us something meaningful about whether it will make people live longer.

But is that a valid assumption? We know, after all, that most drugs that “work” in mouse experiments don’t go on to succeed in human clinical trials. Only 14% of drugs that are tested on humans succeed in demonstrating effectiveness[1], and all of these are drugs that have been found efficacious in animals, so successful animal studies are very far from a guarantee by themselves. Why do we trust them at all?

Curing cancer in a laboratory mouse is very different from curing it in a person. In particular, these aren’t animals that got old and developed tumors spontaneously; they’re mice that have been _made _to get cancer, either by breeding a cancer-prone strain of mice, or by exposing the mice to a carcinogen, or by grafting a tumor into the mouse directly. None of these processes works exactly the same as developing spontaneous tumors, and in particular they may be easier to reverse than spontaneous tumors. Part of what makes humans get cancer is that, with age, we lose the ability to fight cancer off, through weakened immune systems and other dysfunctions; we’d expect it to be easier to eradicate tumors implanted in a young, healthy mouse than the ones acquired by an old, unhealthy one. Similarly, mutant tumor-prone mice may have genetically simpler forms of cancer than mice who develop cancer in old age, and their genetic defects may thus be easier to counteract with drugs. This means that the animal experiments are “playing on easy mode”, and many drugs that pass them would not pass the “hard mode” of a human study.

The same argument goes for many other so-called “animal models” of disease. We induce Parkinson’s-like symptoms in animals with a poison called MPTP – but this produces only a narrowly targeted form of brain damage, while real Parkinson’s disease, naturally acquired in elderly humans, includes more types of damage to more areas of the brain. It is easier to reverse MPTP symptoms than Parkinson’s disease. Animal models of age-related disease generally do not wait for the diseases to be naturally acquired, but induce them artificially in young animals, which we’d expect to be overall more resilient than the elderly humans who normally get these diseases.

This flaw doesn’t apply to lifespan studies of mice – we’re not _simulating _aging, we’re observing natural aging, and how drugs modify it.

Moreover, many of the laboratory conditions under which mice are generally kept are suboptimal in ways that call into question “successful” preclinical drug experiments.

For instance, mice in the wild generally live in burrows at an average temperature of 30 degrees Celsius, in contrast to the 20-25-degree temperatures of most labs. Mice kept at these cooler lab temperatures are more prone to cancer, and their cancers are less responsive to chemotherapy, than drugs at so-called “thermoneutral” temperatures (warm enough that their basal metabolism is enough to maintain body temperature.).[2][3] Mice housed at colder temperatures must spend more energy on thermogenesis to keep warm, because their small size means a high surface-to-volume ratio, and this energy expenditure seems to trade off against immune function. This means that experiments conducted in standard labs which appear to make mice live longer are actually comparing them to a stressed, cancer-prone baseline. Accordingly, some interventions, like calorie restriction, that extend life in mice under standard laboratory conditions are no longer effective at temperatures of 30 degrees C.[4] It seems likely that other interventions that seem to work on mice, including cancer drugs, would turn out to be ineffective when tested on mice in thermoneutral housing.

Standard mouse conditions also lack exercise and stimulation, both of which are important to mouse health. Mice kept in enriched environments (with extra space, toys, and socialization) live 9% longer than their conventionally-housed peers, and are less vulnerable to age-related neurodegenerative disorders like Alzheimer’s disease, Parkinson’s disease, and Huntington’s disease.[5][6]

If we find drugs and other interventions to be successful at treating disease or prolonging life in animals kept under poor quality conditions, we may simply be finding that they compensate for the unhealthy environment, in ways that won’t transfer to humans (who are not, in general, kept in small, bare cages at uncomfortably cold temperatures.) In this respect, keeping lab animals in better conditions is not just more humane, it’s also more rigorous science.

Whenever possible, LRI runs its lifespan studies under higher-quality mouse conditions, including thermoneutrality and enrichment, so as to avoid these distorting effects. It means we’re holding the drugs we test to a higher standard – which means that any drugs that _do _succeed will also be more likely to succeed in humans.

Finally, it’s fairly common for animal studies on drugs to simply not meet the standards of reproducible research that we expect from human trials.[7] Frequently these studies are underpowered, meaning that they test too few animals to get a significant result. Most of the time, animal studies are not blinded, which means that investigators can see the results that they expect to see. Studies often release only the most favorable data, not all of it. Reagents aren’t usually validated before use – and many commercially available ones are faulty. This may be why, when researchers at Amgen attempted to replicate 53 “landmark” widely-cited preclinical oncology studies, only 11% of the repeated experiments replicated the original result.[8]

LRI counteracts these problems by performing randomized, investigator-blinded studies, using large numbers of mice, and preregistering our data and methods using the Open Science Framework so that we can’t cherry-pick positive results to announce after the fact.

It’s still possible that even the best mouse study doesn’t transfer to humans, of course. Mouse and human biology are different. But we don’t have to be bound by the low success rates of historical preclinical trials. We can do better.

[4]Koizumi, Akio, et al. “A tumor preventive effect of dietary restriction is antagonized by a high housing temperature through deprivation of torpor.” Mechanisms of ageing and development 92.1 (1996): 67-82.